Adelaide Casino, the home of entertainment in South Australia. 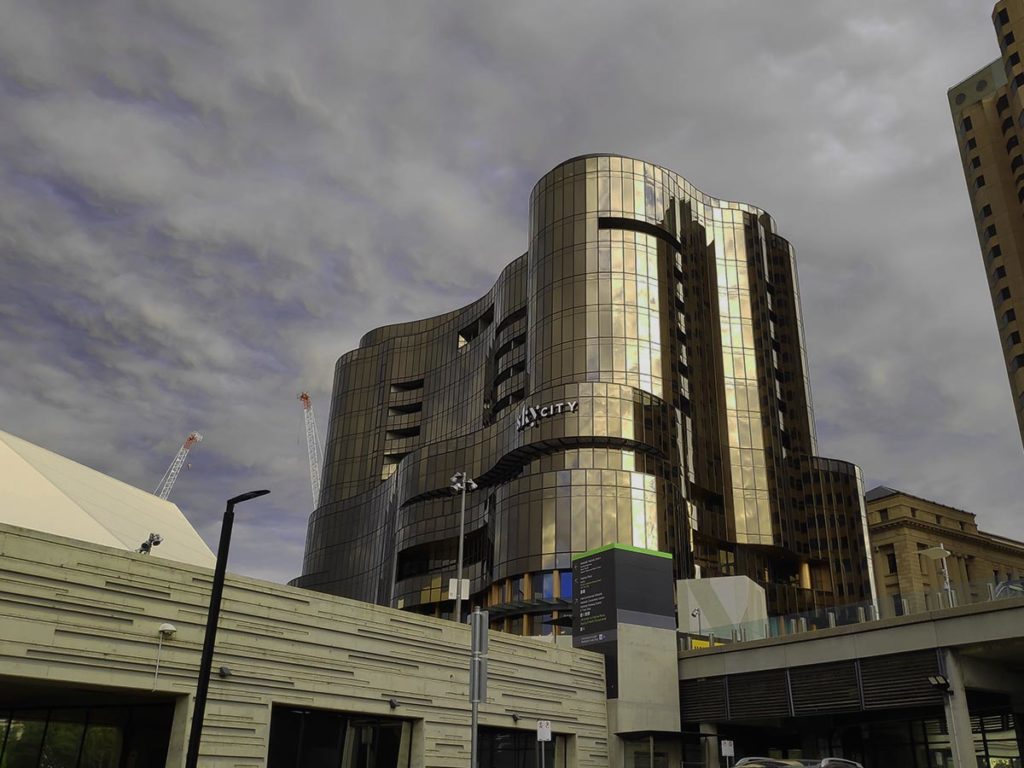 Adelaide Casino As a member of the SKYCITY Entertainment Group, our philosophy is to provide our customers with a fun and exciting experience with a variety of entertainment options in a contemporary environment.

The SKYCITY Entertainment Group is based in Auckland, and is one of Australasia's leading gaming and entertainment companies, employing over 3,400 people in New Zealand and Australia. It is publicly listed on both the New Zealand and Australian stock exchanges. Besides Adelaide Casino, the SKYCITY group owns and operates casinos in Auckland, Darwin, Queenstown and Hamilton.

Adelaide Casino is the city’s 10th largest employer and injects around $30 million into the State each year through the employment of over 1000 staff and by paying approximately $19 million annually in state taxes.

Since its construction in 1985, Adelaide Casino has undergone a number of upgrades to ensure we are the most exciting entertainment venue in Adelaide. Some of the major projects have included:

Due to COV-19 open hours, events and other details might not be correct or accurate . Please contact SKYCITY Adelaide Casino to confirm details.

BarAdvisor does NOT always create these listings. But we do monitor and edit, to try to provide you with the most up to date prices and information about SKYCITY Adelaide Casino. But Bar Advisor can NOT guarantee the details are always correct, current or up to date. Prices and details are subject to change at any time so please contact SKYCITY Adelaide Casino directly if you need information. Listing and image copyrights are controlled by Listing Author. Please use Report button, to report any problems.
mood_bad

The District at SkyCity